2. The Juggler’s SecretEvergreen Cup Round 2

Saturday lunchtime in the club bar. We’d been dreaming of this all week. And here we were. Up. Up for a cheeky pre-match pint certainly, but up in particular for what lay ahead. A game of rugby for Dorking Derelicts on the sparsely-grassed, viciously-sloping third pitch at Big Field… God’s preferred venue for veterans rugby.

But something had been puzzling me all week. Why, I pondered, is the man in that famous painting by Edvard Munch screaming? What horrors might have befallen him to wail like that and where did the expressionist painter find such a specimen? There are good plausible psychological explanations about the state of the artist’s mind of course, but it made me wonder: Was the celebrated Norwegian painter a veteran rugby player? Or had he just encountered them? And that’s what they brought out in him? Some sort of dread. 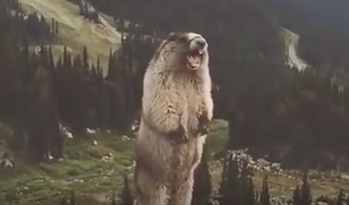 The thought crossed my mind again on Saturday as I sauntered into the bar.
And there they all were. Munch’s muses. Lined up like mutant extras from Shaun Of The Dead… enormous gormless Kinger with his highlighted hair, tank-like Tap with his square jaw and pink cardigan, underworld hitman Oddjob with his whiff of menace and pirate-faced Cliff contemplating another pre-match pint. And others. Broomy the punchy Welsh one, Swerve the former Scottish Schoolboy international with a curious grimace and the legion of gargoyle-featured sportsmen yet to put in an appearance this season. You looked at them and might stifle a scream, which could sound like this… or indeed sound a bit like this.

Munch played a vital role, I learned, in the German Expressionism movement with his symbolic portrayal of such themes as misery, sickness, and, presumably, the loneliness of the full back under the high ball. The Cry, also known as The Scream, is his most familiar painting, and typical in its anguished expression of isolation, fear and the interpretation of being perhaps stuffed for pace (“Oh the humiliation, I have let them in for another score!”).

One can only wonder what masterpieces he’d have gone on to produce had he spent a few afternoons watching the Derelicts. The agonies he’d have witnessed would surely have inspired other morbid masterpieces. What might he have made of half-mad whiskery Wolfie for instance, lopsided Nobby and the toothless Scud?

As cup runs go, this season’s is on the short side. Yet we exit with pride intact after a torrid afternoon in which the pack regained a bit of dog and we fought to the end when only a monster effort prevented us picking up a consolation try.

We came under heavy pressure from the off, but seemed to be weathering the storm with some robust forwardry and diligent back-waltzing and a general air of “these f*ckers aren’t all they’re cracked up to be” … when we inexplicably found ourselves 17-nil down after 20 minutes.

“B*ll*cks” as Old Edvard might have said, before sketching out another work depicting rows of crying middle aged chaps in lederhosen. (The Count and his brooding brow? The sullen Thorners? Hairnet and his alarming grin?)

But he figured without – being an Expressionist not a Figurative artist – the pluck of the feral Rodley orchestrating the revival from easel No9. Old Ed might have seen Rodley as a galley ship master, flogging his shackled crew to extract every last drop of energy so that he might reach last orders in time. And he’d have been pretty much spot on.

Rod got the forwards fighting back to such an extent that even Nobby caught the bug and was seen running in broken play for the line like a big, rather tired spider.

Then play broke down, but we recycled admirably and sent Gerbil scampering over in the corner. And before the half was out we camped on their line, won a massive scrum and set up a mighty forward rumble that culminated in a second score this time for Pomf The Pilot.

And we knew for certain that we really ought to sort this out once and for all as we turned round at 10-17 playing down the hill with its legendary 25-point advantage. Of course, trust our luck to be caught up in an expressionist’s dream in which misery and misfortune triumph.

“What the Fjordic f*ck is going on?” Skip bellowed silently from the sidelines as we got proper stuck in without reward… yet conceded two tries – including one when our friend in green signalled a penalty our way and let the oppo pick up and run in while we explained, bewildered, that this really was no time all to be dabbling with Surrealism as we were only just beginning to understand the rules of sodding Expressionism.

For heaven’s sakes man, if you’d wanted Surrealism we’d have let The Juggler and his unicycle dictate hapless tactics.

Anyway, now we know who Old Ed could have been painting. Some poor, striving Dorking Derelict who’d just been on the end of a piece of appalling injustice and surreal refereeing. Enough to make anyone scream.

Next Saturday we visit Farnborough, a surrealist venue. They have a tree on their pitch. They really do. Go prepared.

NEXT: 2. The Juggler’s Secret    Previous: In The Zone   Video nasty: Derelicts on film