The signs were not encouraging. We just about made it aboard the spaceship with moments to spare. The Juggler and half the team got delayed at a succession of baffling post ‘Mordenist’ road obstacles, but we finally landed and congregated in something green akin to the Tardis for our short adventure into south London.

As we scouted their heavily defended bunker in vain for the bar, the oppo were getting slightly shirty with the mature chaps about to grace them with a fixture. And without a sharpener to take the edge off, it became clear we were about to commence battle amid the unseen biting things on the oozing lower pitch at the municipal Theatre Of Dreams… oft unkindly dubbed ‘Turd Stadium’ as grounds tend to be where dog owners assume marked rugby pitches might benefit from their staffy-cross decorating it with a twice-daily bowel movement.

Meanwhile the Derelicts were tussling with the more pressing intellectual conundrum of how you squeeze 11 forwards into a side without disturbing the delicate balance of speed and guile.

But before this could be properly resolved some fool pressed the hyper space button and we found ourselves in a completely unfamiliar orbit. The oppo, it transpired, had a full team, a phalanx of fans from a neighbouring planet, subs (including a Navy ground-to-air missile) yet, strangely, no ref.

Well, like good space rangers, we travel properly equipped. Not only possessing two quality whistle blowers, but also a selection of astronauts, cosmonauts, space cadets and Buzz Lightyear – our very own intergalactic hero willing to confront the menace of the variable gravity of the Lower Morden/St Hellier quadrant. We are, if nothing else, prepared to boldly go… and boldly go prepared.

So, on the sound of the whistle and with phasers set to stun, we attempted to blast off intrepidly. But immediately we entered some sort of deep space asteroid trail which subjected us to a greater force of gravity than the Mertions who were able to stretch their gravity bonds at will. It seemed that the Derelicts might be deficient in a particular enzyme and this was slowing their progress in the rarified fug of the suppurating  paddock at the end of the Northern Line. 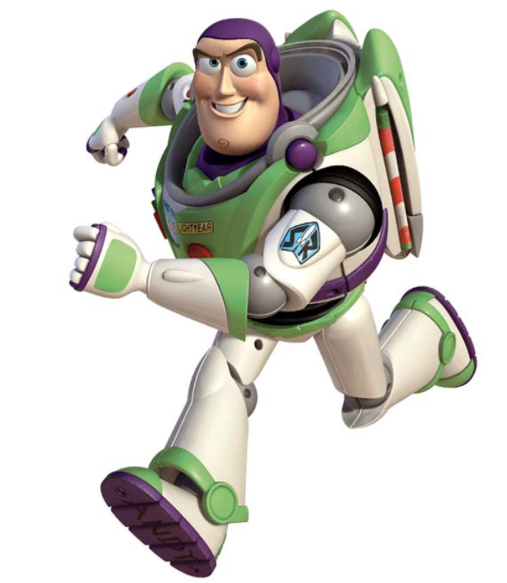 “We’ve been caught in a peculiar south London force field chaps,” said Gez gravely, sounding suspiciously like Buzz Lightyear. “I’ll try to break out using nothing more than the power of positive thought. Stand back.” At which he adopted the ‘brace’ position and brought his piercing stare to bare upon the grey surroundings.

“It’s because the f*cking bar was shut before we took off,” muttered an angry Ginge, himself deficient not in a particular enzyme but several pints of Guinness. “B*stards!”

Try as he might, Buzz couldn’t break the force field and like a terrible dream we found ourselves stuck and as doomed as dinosaurs in pre-historic tar pits while the Mertians zipped past us time and again like shooting stars. “F*cking dehydrated dinosaurs at that,” grumbled Ginge. “What sort of outfit shuts the bar before a game? B*stards!”

Sometimes space travel’s not all it’s cracked up to be.

Beam us up Scotty.

NEXT: 12. You Can Stick Your Bread Of Heaven   Previous: 10. Lord Greed: He Shall Not Pass